The artwork presented here is a synthesis of more than three decades of creative work. As a visual artist, I have worked in Drawing, Painting, Sculpture and their expression as Public Art on a muralistic and monumental level.

Drawing became my principal tool, with colour as its atmosphere, and form its corporal ally. I developed my drawing as both representative and symbolic, relational and metaphorical, as both spontaneous scribbles and the desire for perfection in the form of line. Paint became the colors of a sunlit reality, of a raw life, of dreams; and sculpting forms became more than a happy pastime of my childhood, it became an academic discipline...and ultimately, a vital necessity.

I came to know Public Art, upon graduating from The Uquxkah Sculpting Academy in San Salvador, in 1970. When along with a group of young artists, we constructed the “Monument to the Ocean” (Monumento Al Mar), which was located on a grand avenue.

While living in Mexico between 1980 and 1989, and as a result of contemplating the great works of Mexican muralists, I was ultimately convinced that art has a collective life for everyone and every community.

Later on when arriving in Canada in 1989, my public art vision was further enriched and enhanced.​​​​ 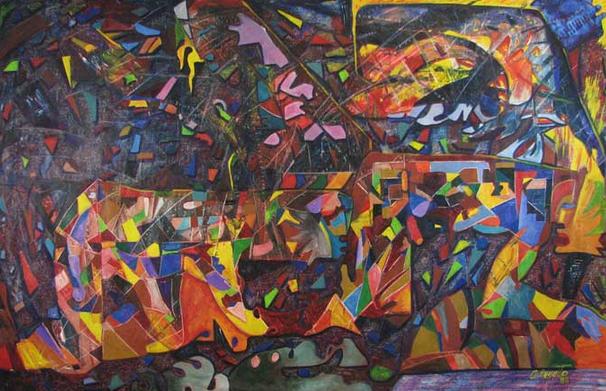